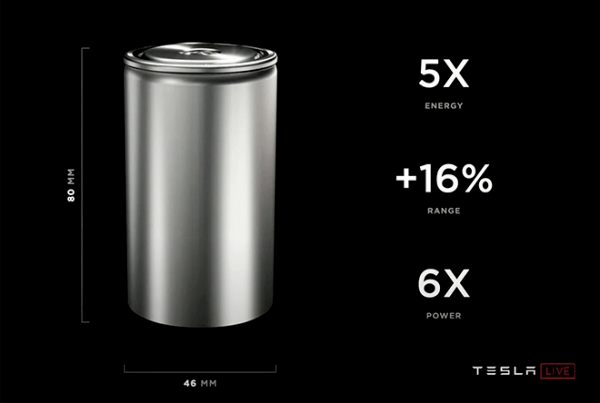 Musk bluntly stated that this battery will make a $25,000 electric car possible.

So, where did this menacing battery come from? Next, we analyze them one by one.

Tesla’s way of naming power batteries is very simple and straightforward. The 4680 battery, as the name suggests, is a cylindrical battery with a single cell diameter of 46mm and a height of 80mm.

As can be seen from the picture, compared to Tesla’s original 18650 battery and 21700 battery, the 4680 battery looks like a tall and strong man.

But the 4680 battery is not just a size change, Tesla has incorporated a lot of new technology to improve performance.

Second, the new technology of 4680 battery

Intuitively, the biggest feeling of the 4680 is that it is larger. So why didn’t other manufacturers make the battery bigger in the past. This is because the larger the volume and the higher the energy, the heat is harder to control and the greater the safety threat from burning and explosion.

Tesla has apparently taken this into consideration as well.

Compared with the previous cylindrical battery, the biggest structural innovation of the 4680 battery is the electrodeless lug, also known as the full lug. In a traditional cylindrical battery, the positive and negative copper foils and the aluminum foil separator are stacked and wound. In order to draw out the electrodes, a lead wire called the tab is welded to the two ends of the copper foil and the aluminum foil.

The winding length of a traditional 1860 battery is 800mm. Taking the copper foil with better conductivity as an example, the length of the tabs to lead the electricity out of the copper foil is 800mm, which is equivalent to the current passing through the 800mm long wire.

There are many disadvantages to increasing the winding length. The electrons need to travel a longer distance to reach the tabs at both ends of the battery, the resistance will increase, and the battery will be more prone to heat. The performance of the battery will degrade and even create safety issues. In order to shorten the distance traveled by the electrons, the 4680 battery uses electrodeless ear technology.

The entire conductive length has changed from 800 to 1000mm of 1860 or 2170 copper foil length to 80mm (battery height). The resistance is reduced to 2mΩ, and the internal resistance consumption is reduced from 2W to 0.2W, which is directly reduced by an order of magnitude.

This design greatly reduces the impedance of the battery and solves the heating problem of the cylindrical battery.

On the one hand, the electrodeless ear technology increases the current conduction area, shortens the current conduction distance, and greatly reduces the internal resistance of the battery; the reduction of the internal resistance can reduce the current offset phenomenon and prolong the battery life; the reduction of the resistance can also reduce the heat generation, and the electrode conductive coating The effective contact area between the layer and the battery end cap can reach 100%, which can improve the heat dissipation capacity.

The 4680 battery adopts a new type of electrodeless ear technology in terms of cell structure, which can reduce costs and increase efficiency. On the other hand, the welding process of the tabs is omitted, the production efficiency is improved, and the defect rate caused by welding can be reduced at the same time. 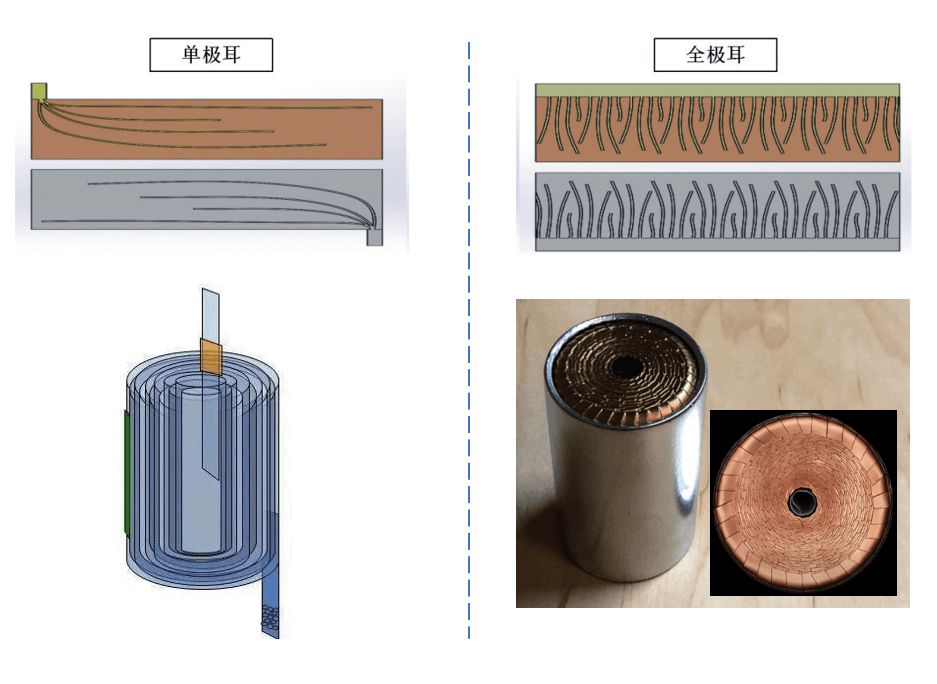 Generally speaking, the larger the battery size, the fewer batteries need to be installed in the same vehicle. With 18650 cells, a Tesla needs 7100 cells. If you use 4680 batteries, you only need 900 batteries.

The fewer the batteries, the faster they can be assembled, the higher the efficiency, the less chance of problems in the intermediate links, and the cheaper the price. According to Tesla, the large 4680 can reduce the production price of batteries by 14%.

Compared with the square shell battery, the layout of the cylindrical battery will be more flexible, can adapt to a variety of different chassis, and can be better combined with the site.

According to the research and judgment of “EMF”, CTC technology is the tuyere of new energy vehicles in 2022, and it is also a fork in the road.

The integration of the battery into the body can make the maintenance of the vehicle extremely complicated, and the battery is difficult to replace independently. After-sales service prices will increase, and these costs will be directly passed on to consumers, such as insurance costs. Although Musk claims that they have designed repair rails that can be cut and replaced, it will take time to see how well it will work.

Many car companies have proposed their own CTC technical solutions, because it not only rearranges the battery, but also needs to change the body structure. This is related to the re-division of labor in the supply chain of related industries.

CTC is just a technical route. It is a battery body integrated, unchanged disassembly. There is another technology across from it – battery swapping. The battery swap technology is easy to disassemble, but the battery makes a great contribution to the battery strength. How to choose these two routes is a game between battery suppliers and OEMs. 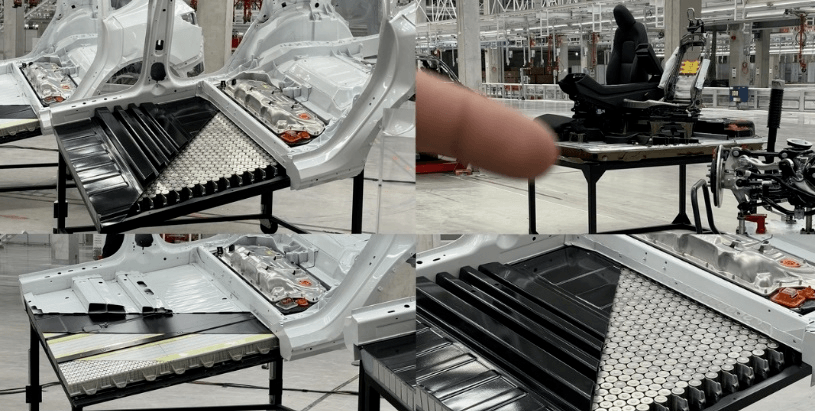 The battery produced in this way is more environmentally friendly. And this process will increase the energy density of the battery and reduce the energy consumption of production by 10 times. Dry electrode technology is likely to become the technological benchmark for the next generation. 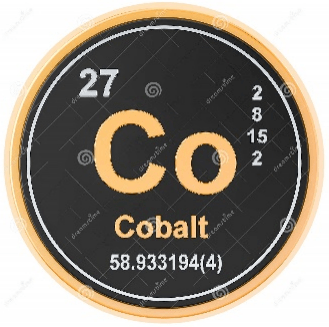 Therefore, the performance improvement of materials is actually to find a balance between energy density and stability, and the current silicon-based anode products are doped with silicon and graphite for composite use.

Tesla plans to fundamentally change the malleability of the silicon surface to make it less prone to breakage, a technology that not only allows batteries to charge faster, but also increases battery life by 20 percent. Tesla named the new material “Tesla Silicon”, and the cost is $1.2/KWh, which is only one-tenth of the existing structured silicon process.

A few models on the market have begun to use silicon-based anode materials. Models such as the Tesla Model 3 already incorporate small amounts of silicon in the negative electrode. Recently, the GAC AION LX Plus model was launched. The Qianli version is equipped with sponge silicon anode chip battery technology, which can achieve 1,000 kilometers of battery life. 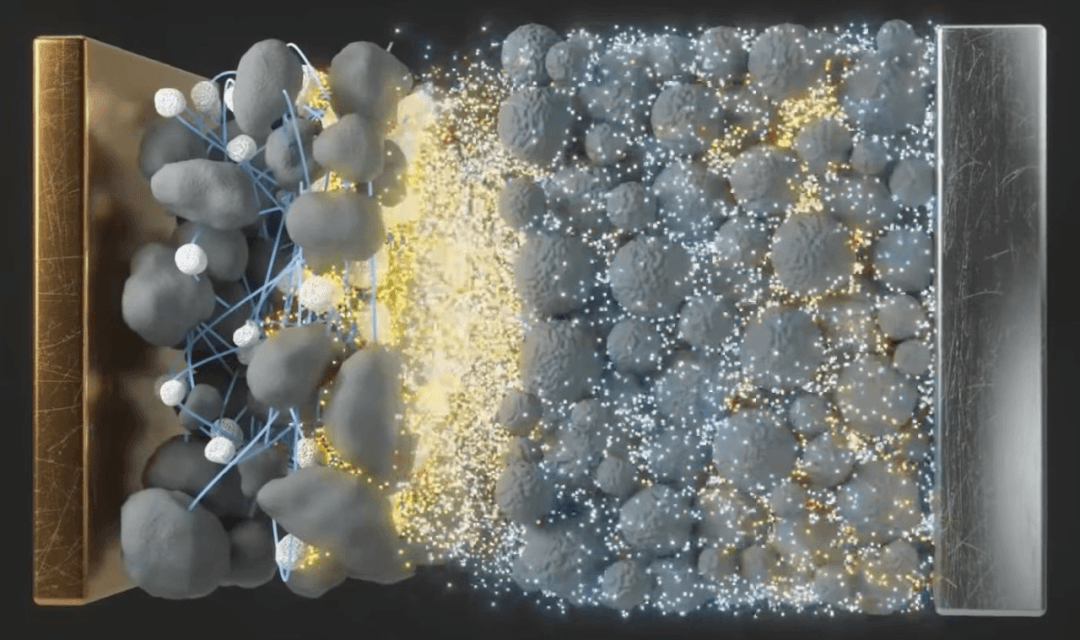 To sum up the advantages of 4680 battery technology is that it can improve performance while reducing costs.

3. The far-reaching impact of 4680 batteries

The 4680 battery is not a subversive technological revolution, not a breakthrough in energy density, but more of an innovation in process technology.

However, driven by Tesla, for the current pattern of the new energy market, the production of 4680 batteries will change the existing battery pattern. The industry will inevitably set off a wave of large-volume cylindrical batteries.

According to reports, Panasonic plans to start mass production of 4680 large-capacity batteries for Tesla in early 2023. The new investment will be as high as 80 billion yen (approximately US$704 million). Samsung SDI and LG Energy have also joined the development of the 4680 battery.

Fourth, the electromotive force has something to say

The structural innovation of the large cylindrical battery will undoubtedly promote the development of the power battery industry. It is not as simple as just upgrading from the 5th battery to the 1st battery. Its fat body has great questions.

The cost of the battery is close to 40% of the cost of the whole vehicle. The importance of the battery as the “heart” is self-evident. However, with the popularity of new energy vehicles, the demand for batteries is increasing day by day, and the price of materials is rising. The innovation of batteries has become an important way for car companies to develop.

With the development of battery-related technologies, affordable electric vehicles are just around the corner!